When the Nile does not flood, kill the pharaoh 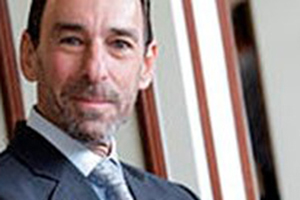 The yearly flooding of the Nile, the result of enormous precipitation on the Ethiopian Highlands, has been a critical natural cycle in Egypt since ancient times. The floods were then seen as the annual coming of the gods and the pharaoh’s responsibility. Thus, when the Nile does not flood, it is rational to kill the pharaoh. Today, we think similarly regarding our elected officials, particularly the President.

Economist Bryan Caplan explores this topic in his book “The Myth of the Rational Voter,” subtitled: “Why democracies choose bad policies.” Professor Caplan contends that voters are irrational when it comes to economic policies, and often support, under false beliefs, “feel good” policies, such as protectionism and a minimum wage, that are demonstrably harmful to most people.

Caplan introduces his work with a delightful passage attributed to Adlai Stevenson: While campaigning in Illinois a supporter called out, “Governor Stevenson all thinking people are for you!” To which the witty Stevenson replied, “That is not enough. I need a majority.”

Thinking people may be a minority, but it appears that democracy can function relatively well, even under a great scale of voter ignorance due to the “Miracle of Aggregation.” In the United States, about half of Americans do not know that each state has two senators, and three-quarters do not know the length of their terms. Over half cannot name their congressman, and 40% cannot name either of their senators. Yet, although democracy gives equal say to the informed and the not-so-well informed, the informed end up determining policy due to the Miracle of Aggregation.

According to the Miracle of Aggregation, a 99% ignorant electorate ends up with the same elected candidate as a 100% well informed electorate.

However, the Miracle of Aggregation begins to break down when voters have developed systematically biased ideas. According to Professor Caplan, this is the case concerning economic policy; voters base their policy preferences on a deeply mistaken understanding of economics.

Accordingly, the greatest obstacles to sound economic policy are not powerful special interests or lobbying. Rather, misguided economic policy is due to the voter’s economic misconceptions, irrational beliefs, and personal biases. Caplan offers the interesting example of migrants. Citizens of poor countries are often eager to migrate to rich countries. Yet, at home or in their new country, they rarely vote for parties that pledge to implement the economic policies that made the rich countries rich.

One popular economic error is the anti-foreign bias defined as: “a tendency to underestimate the economic benefits of interaction with foreigners.” We systematically see our country as in a trade war with other nations. We fail to comprehend the economic principle of “comparative advantage” that allows countries to benefit from trade even if one country has significant advantages in production costs. The degree of benefit realized by each country will not be equal, but it is always positive for both parties. (Granted, having taught “comparative advantage” to university students I can appreciate that the topic is counterintuitive).

As voters, we elect politicians who share our misinformed economic biases. The result is that bad economic policies, such as protectionism or a minimum wage, continue to prosper by popular demand. Perhaps when the Nile does not flood, we should spare the pharaoh and revisit our economic beliefs.