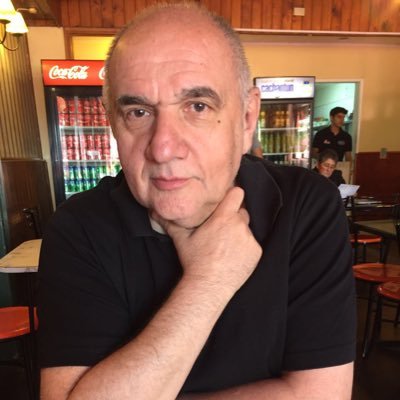 It has advanced slowly, it has been delayed, but it is coming, it is about ice and snow replacing the rasputitsa, that autumnal mud that had already made it difficult for troops and rolling stock to move. And as it is about war, it is not simply winter, but General Winter, which, without reaching the excesses of Siberia, brings with it sharp drops in temperature in the Donbas, cold, and a different war, and as is known, In the past, the weather alone contributed to the defeat of Napoleon and Hitler.

By the way, Russians and Ukrainians are used to it, but the war is not only fog and snow, but also difficulties in supplying the troops, increasing shortages, and a lot of artillery over ground attacks, since it is key to attack the lines of supply and weapons depots, to exhaust the enemy"s resources, when the problem of insufficient ammunition is already noticed for both.

It is in this context that the logistical problems that the invader has had, as well as the constant barrage of missiles fired from Russian territory, for which Ukraine lacks adequate defense, acquire great importance. It is the day and night punishment of Ukraine"s infrastructure, especially electricity and water, as well as the civilian population.

As I write this column, Soledar and Bakhmut probably appear as the last major confrontation before winter forces a different war, one of position rather than movement. What does not change is that everyone knows that there is a long war on the horizon. The question is what will come next?: Negotiation? Advantages for any in the spring?

For a couple of months it seems like a stagnant war on the map. Even when one of the two has announced progress, including some spectacular victories for the Ukrainians, little has moved in the territorial possession of both. The war does not appear with a clear winner, since in the Donbas the fight is over meters rather than kilometers, and many of the best-known battles are actually fought in destroyed cities with almost no inhabitants.

It is a war in which the assumptions have not changed. The first, and gigantic, is that it was provoked by Russia with an invasion in violation of international law, and where the Ukrainian performance has exceeded all previous expectations in defense of its territory, but ultimately it is a war by approximation between NATO, fundamentally the United States. United States, and Russia, with the addition that there is a red line that has not been crossed, since there are no troops from Western countries on the ground.

It is a war that has resulted in an alliance that had never existed in history, not even when both were communists in the Cold War, since they were rather ideological adversaries: it is the de facto alliance between Russia and China, with Russia as a minor partner, and destined to have a future impact to the detriment of the USA, in conditions that the great confrontation is for the scepter of superpower of the 21st century, between China and the United States.

That great creator of phrases that remained in time was Winston Churchill, at the time of the Soviet Union he said that Russia is "a riddle wrapped in a mystery within an enigma", and the way that the war has developed seems to give it the reason.

The phrase seems current considering the mistakes that have been made with Putin. The economic sanctions have not produced the expected effect, and the war machine in Moscow has not stopped, nor is there any scenario of Putin"s loss of power in the Kremlin, despite all the announcements about it, apparently , only intentions. Furthermore, everything indicates that unless there is a catastrophic defeat of Putin, another leader or regime would continue with the demand pending since the end of the cold war: a security agreement with Russia as successor to the former Soviet Union. In fact, there is continuity in the territorial demands from the Tsar to Putin, including the communist stage.

Nor has there been a world union to punish Russia, and rather it seems one of the developed West, since the third world presents itself as rather neutral, without joining the boycott, as evidenced by India, Africa and most of Latin America. Also, it seems that the Russian response has not been well measured and how destructive the use of the club has been, especially for Europe, through the energy issue, especially gas, as well as the binomial of food and fertilizers, with its economic consequences. in the underdeveloped world.

If the West has made mistakes, greater have been those of Russia itself, where there has been a military failure in relation to its initial objectives, and the war machine has not been as fearsome as it was supposed to be, still appearing as armed forces within the Soviet framework. , without having done the necessary modernization. Its logistics have failed and it has shown serious intelligence failures and high levels of corruption.

Everything indicates that they never expected the level of Ukrainian resistance, nor the rehabilitation of an alliance like NATO that seemed to have no destiny, also measured in traditionally neutral countries that have abandoned that policy, such as Sweden and Finland.

The Russian failure was double, in what was expected to be a trip to kyiv and it suffered again when it decided to focus on the Donbas, a territory it had partially occupied since 2014, and totally in the case of Crimea.

Finally, up to the minute he has not achieved his goal of breaking European unity either, since his control of energy seemed to him to be a strong enough element so that support for Ukraine was diminishing.

Therefore, it is a stagnant war, where the parties are not going to achieve their main objective, since it does not seem that Russia is withdrawing completely or that Ukraine accepts that an important part of its territory be cut off.

This war shows the validity of Sun Tzu, that philosopher and military strategist of ancient China, who more than two and a half millennia ago explained that wars only end when the desire to fight on the parties disappears, which clearly has not happened. .

If this were not the case, we would be in the classic case of a war or invasion destined to conclude at the negotiating table, since the objectives of those who are facing each other do not seem to be able to be achieved by either of them. Nor by the United States, whose attitude is greatly influenced by an unsubstantiated narrative by the Democrats, according to which Trump would have defeated Hillary thanks to Putin.

Zelensky assures that he can defeat Russia and force it to withdraw, requiring better weapons to do so, which does not seem easy, at a time when the delivery of more advanced weapons is difficult, since today it means removing these weapons from the use of countries to who have been requested, and this includes those like the United States and Great Britain, who at the beginning of the 1990s acquired an unfulfilled commitment to Ukraine to guarantee its territorial unity in exchange for the destruction of its nuclear weapons.

This situation also generates differences between NATO countries, as shown by the case of Germany"s refusal to deliver Leopard tanks.

For its part, Russia has announced that the number of military troops will be increased through recruitment, at the same time that in this invasion it has reinforced the use of mercenary troops, while Ukraine accepts and uses foreigners, whom it presents as volunteers. An example of Putin"s decision to continue the war is demonstrated by the recent appointment of Valery Gerasimov, chief of staff and the military man closest to Putin, as the person directly in charge of the invasion, which is, above all, a political communication that the will to divide Ukraine is maintained, not to recreate the former Soviet Union, but historical Russia. It is also an insurance of their confidence, if it comes down to tactical nuclear weapons.

That is the reality, that of a war where the hope of both is maintained to win, although today it seems like a fantasy. The reasons for the Russian failure to achieve the "quick fix" will continue to be studied and where, more and more, there is talk of "war" in Moscow instead of "special" mobilization.

The negotiation does not look easy since it means doing it with Putin, and taking up his pending request to discuss a special role for Russia as successor to the former USSR. Nor is it clear whether Europe will continue to support Ukraine without conditions, and in case the gas raises doubts, will kyiv be pressured to negotiate?

In my opinion, the first global war of the 21st century remains stagnant, waiting for the changes that occur after the passage of General Winter. For now, a scenario has been generated where the invasion has made the importance of geopolitics reappear, displaced for some time by a globalization that mistakenly seemed to have only an economic rationale.