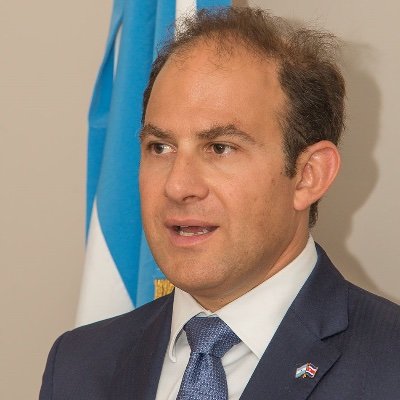 As the first anniversary of the Ukraine war approaches, Germany"s refusal to supply battle tanks to Kyiv highlighted differences among NATO allies over the assistance to V. Zelensky´s government.

The facts came to light at the meeting that took place at the US military base in Ramstein (Germany) last Friday, January 20, where the Ukraine Contact Group discussed insistent supplies requests made by Kyiv.

Ukraine´s pressing arises from the conviction that Russia is preparing for a new offensive through a further mobilization and an increase in weapons and ammunition production. An initiative that could be deployed from neighbour Belarus, a country controlled by Kremlin ally President Alexander Lukashenko since the 1990s. Washington"s position, meanwhile, seemed to align with that of Kyiv. To the extent that US Secretary of Defense Lloyd Austin maintained that "we have a window of opportunity between now and spring."

Frustrating that claim, the new German Defense Minister, Boris Pistorius, explained to his American counterpart that his country should check existing inventories and postponed a decision on the matter.

Days before, German Chancellor Olaf Scholz himself stated he had been in favor of the shipment if Washington for its part promised to do the same with its Abrams combat tanks, an extreme to which the Biden Administration does not seem immediately willing. A statement that in other words must be interpreted as an attempt by Scholz not to be singled out as the one who launched a provocation against Moscow.

Of course, Berlin´s attitude aroused internal criticism within NATO. And although German officials assured that they would make a decision soon, Germany was once again seen as the Atlantic Alliance most reticent to the unlimited supply that Kyiv seeks.

It is at this point where we should analyze the dilemma that the current situation arises to Germany, the most powerful country in Europe, in this crucial instance that tense Russian-German relations.

From Willy Brandt to Angela Merkel -with greater or lesser intensity- all German rulers sought some sort of understanding with their neighboring giant.

Russia´s violation of Ukraine"s sovereignty meant a huge challenge for Germany. Particularly, given its significant dependence on Russian gas imports, a reality that did not escape other European Union members.

Until the war broke, Russia supplied 40 percent of the EU gas and 27 percent of oil imports. Such a distressing reality that accelerated a debate on his energy policy. To the point of calling into question the historical legacy of Merkel.

The former chancellor, urged on by domestic requirements of her government coalition, had limited the use of nuclear energy. A decision tailored to seduce the "greens" but which inexorably implied a greater dependence on Russian gas. As it could be verified with the construction of the Nord Stream gas pipelines, perhaps the most recent expression of Russian-German economic complementarity.

But strictly speaking, Merkel"s policy was not other than the continuity of a long-standing reality.

A starting point that we can situate at the beginning of the 70s. In the midst of the peak of Richard Nixon and Henry Kissinger"s Realpolitik influence in World Affairs. When seeking a Detente with both the Soviet Union and the German Democratic Republic (East Germany), the charismatic socialist chancellor Willy Brandt explored a pragmatic approach through his Ostpolitik.

It would be another social democrat, Gerhard Schroeder (1998-2005) who became the most visible face of that policy. When almost thirty years later, he would seal the agreements with Moscow that his successor would later perfect. To the point that there would begin to be talk of a "Sauna Diplomacy" between Schroeder and Boris Yeltsin and then Vladimir Putin, due to the closeness of the SPD leader with his Russian peers. An intimacy for which he would be severely challenged years later, when he was awarded a well-paid Gazprom managerial position upon leaving government.

Based on geographical and economic reasons, and supported by the harsh lessons of past wars, the Russo-German economic cooperation, has once again been put into debate. Specially as it has always aroused the concerns of the Atlantic powers.

It is in this historical framework, in which the present circumstances show a growing interdependence between geopolitical factors and economic development, where the German leadership faces a crucial dilemma.

The one in which Europe´s main power must reconcile Otto von Bismarck´s old maxim that advised never to go to war with Russia with the requirements of its Western alliance membership.

Mariano A. Caucino is a foreign policy advisor. Former Argentine Ambassador to Israel and Costa Rica. He is a member of the InterAmerican Institute for Democracy.