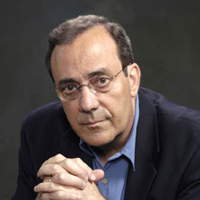 President Volodimir Zelensky lacks resources. His country is being destroyed and he asked for a certain number of German “Leopard” tanks, the best in the world, to try to prevent the destruction.

The Germans are thinking about it. With each passing day, more civilians, including children, are dying. On the other end, the Russians are signaling to the Germans that this winter will be particularly bitter if they hand over the “Leopards.” From Moscow’s point of view, it would look like a betrayal of old commitments by the Germans.

After all, Zelensky interrupted his highly successful career as a comedian, and came to power in Ukraine to fight corruption, and has had to face a militarily powerful neighbor—Russia. I already mentioned that Zelensky was a comic actor. His profession is to make people laugh. The usual politicians make people cry with taxes and corruption.

This means that Ukraine has to make uncomfortable decisions, such as requesting the “Leopard” tanks, the kind of decisions that provoke tears. I only remember two politicians who were previously professional actors: Ronald Reagan (1981-1989), at the helm of the USA, and Jimmy Morales, president of Guatemala (2016-2020).

Generally, they have been soldiers or lawyers, with the occasional doctor, as happened in Cuba with Dr. Ramón Grau and in Chile with Dr. Salvador Allende.

Vladimir Putin, a former KGB lieutenant colonel, who couldn’t think of anything else but to accuse Zelensky of being an anti-Semite in order to gain the world’s instant support and unleash the invasion against Ukraine. Zelensky is Jewish, not religious, like half of Jews, he was born in 1978, and lost several relatives during the Holocaust and pogroms. The lie told by Putin simply did not work. Since it was conceived to attack his neighbor in a brazen plan to rebuild the Kremlin’s perimeter of influence at the time when the USSR existed, most of the nations voted in the UN urging Moscow to leave Ukraine as soon as possible; 141 countries out of 193, compared to the four usual suspect nations—North Korea, Syria, Belarus and Eritrea, plus Russia, of course. Thirty abstained and 27 were not even there during the vote.

Many years ago, José Sorzano, a professor at Georgetown University, alternate US ambassador to the UN (the incumbent was Ambassador Jeane Kirkpatrick, and the government was headed by Ronald Reagan), said that the USSR was “a kind of Bangladesh with atomic rockets.” It seems that he was right. The USSR had all the problems of the third world, except in the aerospace industry and in the field of nuclear weapons. But maintaining these two comparative advantages required that the tension liquidate an effort that could have been made in another direction. On a different scale, this is what happens with North Korea. Having discovered this imbalance served the Reagan-Bush tandem to ruin the USSR.

In short, there are three reasons to salute and support the immense sacrifice that Ukraine is making:

First. Stopping Russia means the Baltic nations are not next. The fact that they are within NATO is not a guarantee. There is nothing that feeds Russia’s imperial appetite more than the fact that it can freely conquer Ukraine. The resistance so far is exemplary. Freedom is very costly. Everybody must pay the price.

Second. It is in the interest of all of us that conventional Russian weapons demonstrate their inferiority in combat to Western ones.

Third. The range and accuracy of the “Leopard 2” tanks are infinitely superior to the Russian ones. The armors are better. Western engines are far superior. There is a saving in fuel which makes them more economical. The comfort for the human team that is inside the war chariot is unbeatable given the little space available. But, above all, the “thermal sights” that they have make them very effective during the day and at night. They can launch a 120mm projectile and, guided by the heat emitted by enemy tanks, chase them down and hit them.

The President and the Prime Minister, both from Poland and with unpronounceable names, have already said that they are willing to break the agreement with Germany in order to transfer the war tanks to Ukraine. I don’t know if this is an alibi for the Germans, but the Polish and Lithuanian authorities agree to give Ukraine their full support.

Russia is going to try, again, the nuclear extortion. It’s a bluff, for sure. The British and the French, plus the Israelis who are determined to wipe out the Iranian nuclear reactors, are not going to miss the party. Experts speak of the “atomic paradox.” Repeated nuclear bombs are of very little use. The English and the French have the possibility of hitting all cities with more than 20,000 inhabitants. You have to be crazy to unleash that war. [©FIRMAS PRESS]