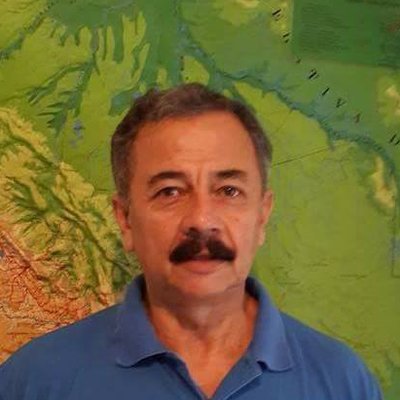 After 16 years of masista governments, one feels sick to see and hear them spitting hate, racism and lies. These are people who came to power speaking of honesty, values ​​and love for the homeland and yet follow slogans from abroad and miserably align themselves with a losing ideology such as “21st Century Socialism”, which destroys countries like Venezuela. It has been proven that these people organize themselves to foist crimes on innocents and carry out State terrorism, we have plenty of examples and to this list we must add the siege of the city of Santa Cruz and the aggression against people who peacefully block the streets in these days of unemployment

After 16 years we already know how it operates, how it commits fraud and wants to continue doing so; how he blames opponents for crimes and continues to do so; how he uses violence to solve everything and continues to do so…Santa Cruz is a town that has experience in making its way through “blood, sweat and tears”, as it suffered in the past; a town that shows clear signs of its determination, on November 13, met jaded, in a mega council and said: Enough!

It did not give us hope, it gave us certainty that Bolivia is headed towards a different future, Santa Cruz wants us to walk a path of progress and well-being in democracy as it has known how to do for itself. The people of Santa Cruz are not saints, nor are they the most intelligent, they are not "the chosen people", they make up a society with the same vices as other societies, but there is something that sets them apart, they are not conformists, they do not give in to inertia or to domain of the haters and those with a complex, they want to live well, that is "their secret weapon", because they know what it is to live badly, for this reason, once they already have enough political and economic musculature, they become the leading region Bolivia, with a culture of peace, joy and fruitful work that invites the rest of Bolivians to shake off the yoke of hatred and lies that make us sick. He has confirmed that he is a leader in our country, although in this crusade for the census, he appears alone and despite that: he can. The mega meeting on Sunday, November 13, was a message to the conscience of the Bolivian people, it forcefully made clear the specific weight of this region and the chessboard of power in Bolivia.

I take this opportunity to tell my Beni compatriots that we are not the backyard of Santa Cruz because the country"s economic resources are administered from the seat of government; search the internet for "The Memorandum of Santa Cruz of 1904" where you will find that the people of Santa Cruz already had a clear vision of their region more than a century ago and what they proposed then they achieved, it is the Santa Cruz of today; in that document you can read his position, relationship and thought about the Beni. In addition, it has a powerful lever, socially speaking, it is the synthesis of Bolivianness. By itself it is Bolivia, it is the Bolivia that progresses the most.

Thank you Santa Cruz for giving us certainty that better days will come for everyone! Long live Bolivia united!