Bolivia came out of the crisis, now it is entering misery 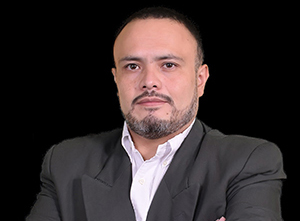 The almost two decades that the Movimiento Al Socialismo has been in power ―the administration of Carlos Mesa (2003-2005) was a co-government with Evo Morales― are characterized by only one thing: lies.

They told Bolivia that they were a political party. But no, its structure and ways of operating are adapted to criminal gangs.

They promised that they would take care of the indigenous people and nature. However, they mercilessly massacred the lowland ethnic groups. In addition, they destroyed the TIPNIS to traffic cocaine.

They talked about industrializing gas. However, they squandered the gas income to support the Morales dictatorship. What they called the Productive Community Social Economic Model (MESCP) was nothing more than the irresponsible practice of spending lavishly. They were very lucky, since the boom in international commodity prices (2006-2014) allowed the dictatorship to go unnoticed. Bolivians numbed their ears and eyes so as not to see or hear the violations of human rights or the destruction of democracy.

They also assured that Bolivia was an oasis of the world economy. However, ECLAC, an institution that can hardly be accused of being "neoliberal", points out that, since the mid-2000s, Bolivia is one of the countries that has received one of the lowest rates of Foreign Direct Investment (FDI). region of. Always competing for the last places with Paraguay, and very far from other countries like Uruguay, Peru, Chile and Colombia. To put the icing on the cake, it is the only country with negative FDI figures in 2019 and 2020. I translate it into a simple one: No decent businessman is willing to invest large capital in a narco-state.

The next few years will be key, since the dictatorship has no economic plan. Without gas income, the deterioration of the fiscal accounts advances at full speed. We continue spending the same, but not our own money, but international credits.

The economist Antonio Saravia, in his article: The Liar Internal Demand, states the following:

While the party lasted until 2014, our economy depended heavily on gas exports and we did not generate an internal productive supply. Then, as we all know, international prices fell and, since our public companies are inefficient and corrupt, we also ran out of gas that we exported. This is how the support of domestic demand collapsed. But, of course, we did not count on the cunning of the MAS. The gurus of the government party considered that if money did not come in from gas exports, then money should come in from debt. And then we began to borrow like crazy, mortgaging our future (to date, the total public debt exceeds 80% of GDP). Everything to continue supporting the model of "internal demand".

It is clear that those who presumed to govern by obeying the people are mortgaging the future of the next generations of Bolivians.

What was your promise to boost the national industry?

The procedures in Bolivia -as in any other country that has been captured by these jerks- are slow and tortuous. Any Bolivian who wants to start a company is going to find himself facing absurd paperwork. The true generators of wealth and development are forced to spend more than four months visiting bureaucratic offices.

Since the strong vote of the Movimiento Al Socialismo is concentrated in the huge number of public employees, the regime has no intention of solving all that inefficiency and lack of competitiveness.

All this planned chaos, or the psychology of the knot, as others call it, has the final goal of complicating the life of Bolivians to keep them busy solving the day to day. As well as converting the State into the largest employer and provider of education. A form of modern day slavery where you have to obey in order to eat. They tell us that we are out of the crisis, but they drag us into misery. It is not politics, it is state terrorism.