And you too Mexico? 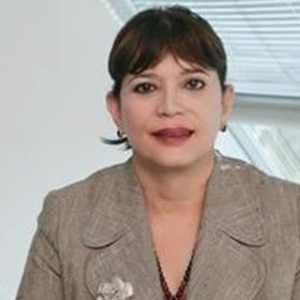 Mexico has assumed a leading role in the fight to defend democracy as the population took to the streets in protest of President Lopez Obrador"s aspiration to modify the institutional framework that governs electoral processes. Under the cry of "The INE is not touched" -referring to the highest electoral authority- millions of Mexicans gathered around the angel of Paseo de Reforma to indicate to the president that he is out of bounds. This citizen reaction surprised many analysts since in Mexico there is still a culture of servitude to whoever occupies the presidency that resembles the one that prevailed in the days of the Aztecs. Mexican presidents have, therefore, been a kind of emperor who imposes his will on the Mexican state without being accountable to anyone. For this reason, the force surprised

This development is part of two processes that President Lopez Obrador seems to ignore. In the United States live 40 million Mexicans who have been inserted in the economic and political life of that country. Of 52 Hispanics elected as members of the United States Congress, almost 30 are of Mexican origin. The same is true of Hispanic businessmen, the majority of whom are also Mexican. These American citizens have family in Mexico and visit that country frequently, just as their relatives visit them. It is inevitable that Mexicans compare their political and economic situation with that of their American relatives and draw the conclusion that the greater the freedom, the greater the progress.

Second, there is trade. Since 1995 Mexico has benefited from a free trade agreement with the United States. This has placed links in the value chain of the American economy in Mexico. And the beneficiaries of this have been workers and operators who have managed to enter the middle class. That thriving middle class fears and hates authoritarianism.

Both processes have created what I call democratic fighters who only want to defend the gains in democracy and progress and extend them to their children.

In Latin America, the airs of freedom are very similar to those that characterized the decade of the 1980s, when the entire region put an end to authoritarian dictatorships to begin the transition towards democracy.

Then came the disappointments due to the inability of democracy to solve age-old problems such as the paralysis of development that is directly attributable to the rent-seeking of the elites. And the population took shortcuts to follow undemocratic leadership. But given the worsening of the political and economic situation, the peoples seem to have returned to the path of freedom. Mexico has joined this fight.