And the IDB, what for? 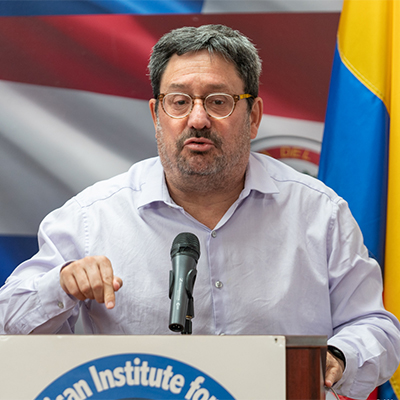 The board of governors of the Inter-American Development Bank (IDB) made the decision this week to appoint a new president and thus put an end to the crisis that occurred with the departure of his predecessor Mauricio Claver-Carone.

The appointment of a technician, the Brazilian Ilan Goldfajn, with a track record in private and public banking and without much of a political profile left Lula and AMLO, rulers of the two largest economies in the region, unsatisfied. The first hates him for being a person who comes from the Temer administration whom Lula describes as a "coup plotter" and the second because his candidate only had 3 votes.

Goldfajn will start with governance problems in an entity that is extremely complicated to manage. The board of directors co-governs and after the Claver-Carone crisis it will take even more control of the entity"s administration. And with the co-directors of Brazil and Mexico against it, the new president will not have an easy time.

That it also reaches an entity with problems because the bank has lost weight in the region, it weighs more in Washington and that is already little in that discordant city, it needs a capital increase and finally, in a serious balance over its decades of operation, it generates many questions. Much "project" or project and little impact of real change in the region. Of course, it"s not just the bank"s problem -although its highly-paid bureaucratic nature leaves much to be desired in terms of quality and effectiveness in its policies and achievements- countries also have a lot of responsibility.

But let"s look at the problems first. No bank is managed by consensus. And the governance model that the IDB has always had makes it almost impossible for a president to take risks. Today this multiple bureaucracy and its governance means that the bank does not assume the biggest risk piece in a project that makes it easier for private banks to co-finance it. Today the bank does the same, with a lot of bureaucracy, yes, and less efficiency, than a private bank, and that"s not what multilateral banks are for. Bid Invest has fallen into the same dynamic, but it is the lightest arm of this organization and perhaps the most salvageable to assume what the BID should be in the future.

The second problem is capital. Without a capital increase, almost impossible at this time of economic recession on the one hand and political fracture on the other (at least in Washington where nothing is going to happen in the next two years), the bank is seriously weakened and its capacity of impact even more diminished. In projects, of course, the bureaucracy is maintained. With huge perks and better pensions.

But hey there is a great opportunity. If the bank really wants to have a big impact, it should take advantage of the two fundamental development sectors for the region in the next 10 years. The first is that of near shoring or industry relocation and the second is the transformation of the field with added value.

Today the bank should put its highly paid country offices to build and finance a near shoring strategy. With tax exemptions, quality in the energy system, retraining of the countries" labor force and, above all, financing of large industries that relocate, the IDB can be the great engine of the reindustrialization of the continent.

Why do the big factories producing computer chips, or mobile phones or high-tech gadgets that are leaving China have to go to Vietnam or Southeast Asia? That geostrategic battle is going to continue. And its economic impact is going to be immense. Latin America, with the exception of Mexico due to its FTA with the United States, always lags behind. The IDB should stop doing what it does, lend like traditional banks, and seek to finance this new economic scenario where industries relocate hand in hand with countries.

The other scenario is food. Migration from Central America has, among other causes, the coffee crisis. The land in Brazil, Chile and Argentina and Uruguay is almost all used. But in the rest of the countries there are gigantic businesses of food and agricultural products, timber in others, to finance. That they would put a great brake on this migration, that they would generate good quality employment in the countryside and improve the balance of payments of the countries.

What Peru did in 10 years can be replicated to the N in most countries in the region. Colombia has more than 40 million hectares in the Orinoquía alone where without felling a tree you can build something similar to the Brazilian cerrado. Peru managed to create an immense agro-industry in the desert and is the example to follow. Hand in hand with the IDB with technical advice, for which if they are good, the bank should become the structurer and financier of large agricultural projects that the region must have and the world needs more than ever.

It is difficult, almost impossible, to turn an institution as bureaucratic and with so many political interests in a direction like the one proposed here. But crises often lead people, companies and institutions to reinvent themselves. Hopefully this is the path that the IDB takes so as not to end up like another laudable institution on the continent that began with great vigor but is irrelevant today: the OAS.