The way? It is done or they are not 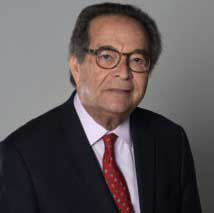 It is a "truth" that humanity is not doing well. A truth so well known, repeated and even notorious, that for a simple linguist "it is silly to say it". But it is how dangerous that it is worth transgressing the grammar. May the Language Academy please excuse us.

Embraced, at least, by proxy, to the Greek words "demos" and Kratos", whose integration is the result of "democracy", that longed-for formula understood as "a government of the people and for the people". A huge struggle has been waged throughout the centuries, with a high percentage of acceptance, but it would be sinful to deny the crisis that affects it today, sadly, increscendo.

Recently, the journalist Andrea Rizzi has just headlined “It"s not just Brazil. The global erosion of democracy advances”, a serious analysis revealing that “populisms take advantage of social unrest and foster polarization, corroding democracies”, qualifying as dangerous, among others, the attack on the US Capitol, the assault on the main institutions in Brazil, the dramatic decline of Peruvian democracy, the retrocession in Tunisia and criminal laws that criminalize human rights, among them, very particularly "homosexuality", the new human race already on the streets. Freedom House is credited with registering a decline in freedom in the world, for almost two decades, as is also corroborated by the Institute for Democracy and Electoral Assistance (IDEA). Alert regarding the easing in recent decades of "the expansive democratic wave" that began in 1989, a situation denounced by the University of Gothenburg. Rizzi"s substantive analysis, a law graduate and a master"s in journalism, is tenuously encouraging, since he affirms that despite the setbacks, democracies try to overcome the inconveniences, under the protection of the disastrous autocracies.

It would, of course, be an exaggeration to say that humanity today is "the Orwellian" described by "Eric Arthur Blair", the Nepalese genius in his excellent book "1984", as well as in "Animal Farm", in regards to the "Russian Revolution", which is still out there, as a blanket to wrap up patrons of "pseudo leaders" who, more for their own interests and not collective ones, keep the seats of public powers occupied. Perhaps an original way of identifying them is to repeat the beginning of Asunción Guzmán"s historic "Cariaco speech" in support of the candidacy of Rómulo Gallegos in Venezuela: "Comrades, Gallegos is so big that he is capable of attacking, he alone, North America, Central America, South America and even Trinidad. And down with banking, industry and commerce”. The version in the Caracas newspaper El Nacional concludes: “Thunderous applause, shouts, whistles and whistles”. The novelist won the Presidency of the Republic, being deposed through a coup and a 10-year military dictatorship.

We cannot, as seems prudent, remain in the correct assessment of Andrea Rizzi and Prezeworski himself, trusting that democracy and its difficulties will find salvation in the simple fact that the alternatives to replace it are disastrous, a premise that is still true. true. Well, the situation is that the questioning is looked at in all scenarios and both in the advanced countries and in the less. The Institute for Democracy and Electoral Assistance IDEA in its publication "Ballot Boxes and Discontent in Latin America" ​​brings the appreciation of the recently elected Prime Minister in Colombia: "If I fail, darkness will come that will devastate everything; I can"t fail." And for these necessary reforms, in Colombia and the region, let us remember that democracy is not an obstacle, but our fundamental ally”.

Who removes in that humanity typified by the surprises that the President of Colombia draws us "a path" to emulate him. And don"t end up setting us up with the same trap that today seems to typify the Region.