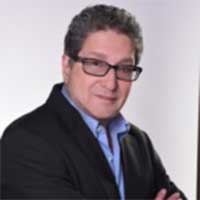 In recent days, the Forum of the Republican Alliance of the Americas was held in Miami, a meeting of leaders of various political parties in the hemisphere who consider that the defense of the concept of Republic is essential to counteract Populism, which has destroyed democracy in several countries of the continent.

It is time for our political and social leaders and the business class to become convinced that populist proposals of any kind are not a temporary threat, they are avatars with defined objectives, among which the seizure and control of political and economic power stands out, without the slightest disagreement.

Any observer can see that on many occasions the sectors and individuals who lose their rights and opportunities to autocracies the soonest are the most reluctant to accept and even less so. denounce the populist regimes involved in proposals for justice. In addition, it is a reality, without excluding the responsibility of each people with the government they have elected, that there are few politicians in the hemisphere, including the United States, who are clearly aware of the damage caused by Cuban totalitarianism along with its metastases in Nicaragua. , Venezuela and Bolivia.

These regimes have set up a political patronage that they activate when they consider that a country in question is ready to be consumed by their proposals. The ungovernability processes are sponsored by them under any pretext and have the support of highly influential travel companions, such as Luis Inacio Lula da Silva, Gustavo Petro, Cristina Fernández de Kirchner, Gabriel Boric and Rafael Correa and others.

Meetings similar to the one mentioned at the beginning of the column take place relatively frequently in our area, but what most caught our attention was the firm position against Castro Chavismo, of politicians in office, an approach to which many of us are not used.

The welcome words of Mr. Martin Vázquez, President of the Association, set the tone for the meeting, ratified by Rabbi JA Bar Levi, coordinator of the Forum, who without any embarrassment, attacked Castro Chavismo and its representatives throughout the American continent.

On the other hand, the organizers, thanks to the management of the young businessman Manuel Milanés, actively committed to democracy for Cuba, invited several Cubans to recount their experiences with Castroism, particularly what it has meant to confront the totalitarian regime, with the tragic consequences of the wall, jail and exile.

Notable, among others, were the presentations by Milanés himself, Ángel de Fana, Luis de Miranda, Richard Heredia, and by a recently arrived young intellectual David Martínez, who spoke of the absolute lack of freedom that exists in Cuba, emphasizing the academic aspect rarely alluded to in public.

They all exposed their experiences under the totalitarian regime, experiences that were also evoked by the Sakharov Prize winner, Guillermo Fariñas and the notable exiled writer, Zoe Valdés, who participated from Paris, via Zoom.

The meeting was chaired by the Vice President of Honduras, Salvador Nasralla, who harshly criticized the Castro regime and signed a document condemning the insular dictatorship, in which it is demanded that the democracies of the continent deny legitimacy to the Cuban government and denounce the support that the Havana regime lends to the invasion of Ukraine by Vladimir Putin"s Russia.

Vice President Nasralla"s situation is very complex to say the least. His president, Mrs. Xiomara Castro, wife of former president Manuel Zelaya, defended the Cuban and Venezuelan regimes at the United Nations. She complied with the obligatory ritual of condemning a blockade that does not exist and repeating that Venezuela is being attacked, while Nasralla, in Miami, condemned his defendants.

In Honduras, there are those who affirm that the real power is held by the adviser to the Presidency, Manuel Zelaya, who counted on the support of Castro Chavista in his re-election proposals, ties that have not disappeared due to the hiring of almost a hundred Cuban doctors, in addition to my reading in 14ymedio, a Cuban newspaper, that Mrs. Castro wants to refound Education by signing a three-year agreement with the Cuban Ministry of Education to hire supposed educators, who were received by former President Zelaya with this sign, “"Welcome the teachers of Cuba, of Fidel Castro, Raúl Castro, Camilo Cienfuegos, Ernesto Che Guevara". For further concern, this sample.